May the words of my mouth, and the meditations of our hearts be acceptable in your sight, O God.

This Lent, we are remembering the covenants that God has made with humanity to repair, restore, and reconcile creation to himself; and how these covenants are recalled in the life of Christ. Last week we heard of the flood, God’s promise to forevermore refrain from taking the life of the earth; and its connection to the Baptism of Christ and the beginning of Christ’s ministry on earth to redeem creation.

In today’s readings we hear of the birth pangs of nations, and the initial sparks of movements; rumblings of God’s work among the least expected, and one which expands to potentially fill the entire world.

Abram and Sarai seem like unlikely candidates to be the ancestors for any nation; let alone any nations. Little is noted about his life before God’s initial call to him, aside from the fact that he married Sarai who was unable to conceive. When we first meet Abram, it is when God promises to a great nation from Abraham; despite his age and lack of children.

Our first reading today occurs twenty four years after God’s initial call to Abram, and Abram is still waiting for that promise to be fulfilled. He is still an old man; although now he has one son, Ismael, born through a handmaiden of Sarai’s in an attempt to fulfil the Lord’s promise on his own. When God comes to Abram to reiterate his promise and form a new covenant, God comes at the margins of hope. Abram, in his old age, is assuredly no fool, and knows that between Sarai and himself, they are unlikely to produce any kings with nations to rule over. I can only imagine the mixture of grief, sadness, and desperation Abram is experiencing when he collapses with laughter in the next verse, asking God, in effect, “Are you kidding?”

God is not kidding, as a sign of his faithfulness, gives Abram and Sarai new names, Abraham and Sarah. A blessing is promised for Ishmael and his descendants as well. Eventually, Issac is born to Abraham; Jacob to Issac; and to Jacob the nation of Israel.

In our second reading from Romans, Paul is asking us to reconsider what faithfulness to the covenant and to the law means. For some hearing Paul, it is the adherence to the stipulations in God’s covenant with Abraham that constitutes faithfulness. But for Paul, faithfulness to the covenant was found in Abraham’s hope-against-hope that God would give him a child. Likewise, argues Paul, when we have an obligation to trust in God’s promises to us. Those who do trust in God are also heirs of Abraham, regardless of background.

Between Genesis and Romans, God’s work has a trajectory. It starts with the unexpected, it starts at the edges, and moves outwards. First from Abram, then to Abraham and Sarah, to their children, and then to anyone who hopes and trusts in God’s work in the world, even if they would not traditionally have been heirs to Abraham.

In Mark’s gospel, Jesus manages to hit both these points in a single passage.

But first, a word from the Hospital Chaplain.

I want to take a minute to look at Peter’s reaction here, and extend him a word of compassion. Jesus is saying that, for his ministry to succeed, he will end up being killed. This is right after Peter tells Jesus that he believes that he is the anointed one, the one to usher in the new kingdom. On one hand, common sense tells us that you don’t usher in a kingdom by being killed. On the other, Jesus is very concretely telling his friends that, if things continue on their courses, he will die. The death of one’s rabbi is not news to be taken lightly. In offering correction to Jesus, I can almost hear Abraham’s century old laughter in the background. While Jesus has harsh words for Peter, it sounds like Peter’s words for Jesus were also harsh, Peter ends up becoming another sort of father, as the rock on which Christ builds his church.

All that to say is that it’s okay to tell God what you’re feeling.

Back to the regularly scheduled sermon.

Jesus tells the disciples that his ministry, his mission, is not going to be well received. That it will be looked at with derision from the establishment of the day. It will be driven to the edges. The inauguration of the Kingdom of God is going to be in opposition to powers of the day: political, religious, and civic. The only way that the Kingdom of God will gain a foothold in this world is if the world rejects it completely, resulting in its leader’s death. And Jesus does not seem interested in joining forces with anyone who will lessen the chances of this happening, as to join with others would be a concession to the powers of the world. Jesus’ mission is not to come and die; but it will result in him being killed.

Jesus then expands the mission, he is not leading a Kingdom of twelve, or of seventy, or whoever happens to know or be related to the right people. This is a kingdom open to anyone interested in taking part in the work of reconciling the world to God. Anyone willing to meet the challenges and sacrifices is free to come along.

Christ, today, offers us an invitation to co-agitators in the cause, and to take part in building the Kingdom of God here. Today’s readings give us a small idea of what the Kingdom is about. We serve a God who does not overlook the forgotten, the small, or the weak; we serve a God who does not rule by dictate, but invites us to come alongside and build together. As we journey through lent, may our eyes and our hearts be attentive to the opportunities to join Christ in this life and world saving work. Amen.

About the author: Occasional Guest Preachers

It is a continuing tradition at Two Churches to have occasional guest preachers. At times these may include supply pastors/priests, or members of the congregation who have received special instruction in homiletics. If you are a member of Two Churches and feel called to contribute in this way, please contact Rev. Mike. 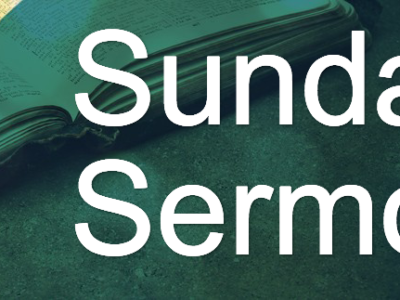 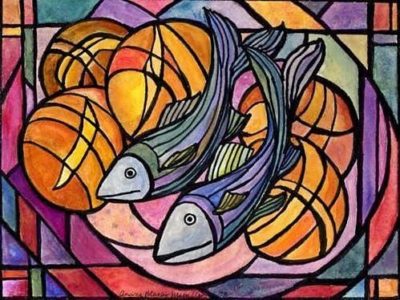 Banquets Out of Nothing 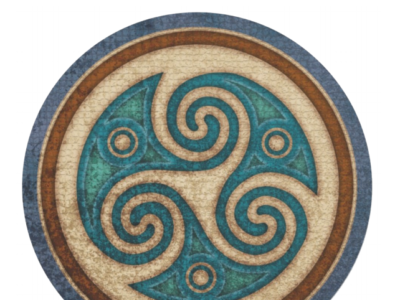 Three in One and One in Three 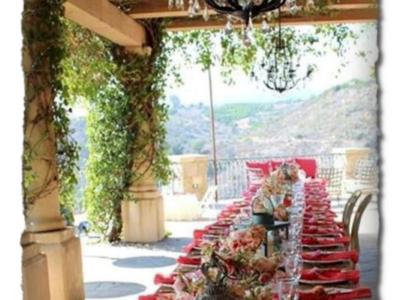 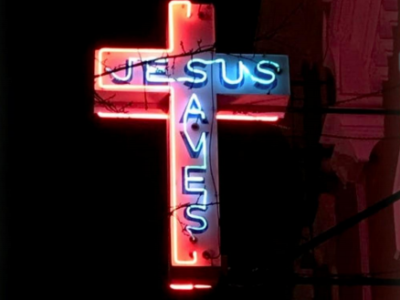